54 years old man incriminates himself in a murder case of his 80 years old mother whom he suffocated with a pillow last week.

Gauteng Police say the man made his way to the police station to report his mother missing and then went home.

“A tip-off was received that the man was behaving very suspiciously during the weekend, and the police were summoned to the house. Upon arrival, the man was found sitting outside looking distressed.”

“He was interrogated and said on Thursday night he suffocated his mother to death with a pillow while she was asleep. He then mixed cement in a drum outside and he forcefully pressed her lifeless body in it” said police.

The suspect then led the police to the scene where the drum was and forensics found her body after cutting the drum open.

He is now in police custody and set to appear in court in a date to be set. 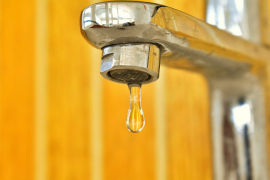 Rand Water warns of planned shutdown in parts of Tshwane