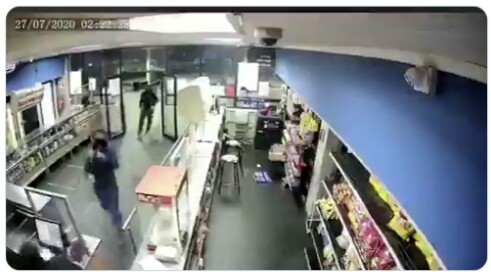 Suspects involved in several ATM bombings and robbery remained in police custody after making a brief appearance in court.

Mpumalanga Police spokesperson Leonard Hlathi said that the suspects were found in possession of explosives and stained money.

“The arrested suspects, 59 year old Teli Elson Molotha and 44 year old Sandile Victor Ngcobo, who is attached to the South African National Defence Force (SANDF) stationed at Middelburg, were allegedly part of a group of six heavily armed men who stormed into a filling station in Badplaas, held a security guard at gunpoint and threatened to set him alight, detonated two ATM’s then fled the scene with an undisclosed amount of cash.”

“In Kabokweni, a group of about fifteen suspects emerged on foot firing shots randomly with high calibre weapons. They blasted safes in the shop, took an undisclosed amount of cash then fled the scene on foot and no arrest has been made as yet.”

He added that a security guard was injured during the ATM bombing at Mmametlhake but they are yet to make arrests related to this case and a case of attempted murder was added to the charge.

The arrested appeared at Middelburg Magistrate’s Court and reappear for formal bail application on August 5. 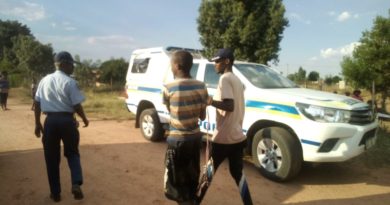 Pankop Mob Apprehends Suspect in Connection with Crimes in the Community