Police still hard in fighting the gender based violence (GBV) in South Africa throughout, even though the number of cases are said to have increased during this lockdown.

KwaZulu Natal police have conducted a successful arrest of 24 perpetrators involved in various sexual assaults who were sentenced to multiple life sentences.

“During the month of March, 24 suspects were convicted and sentenced to three terms of life imprisonment as well as a total of 251 years imprisonment for sexual related cases.”

“As from 01 March 2020 until 31 March 2020, a total of 332 suspects were arrested by detectives from the FCS Unit for various cases such as rape, sexual assaults, concealment of birth, kidnapping, attempted rape and other cases. These cases remain under investigation by the FCS Unit” said police.

KwaZulu-Natal Provincial Commissioner, Lieutenant General Khombinkosi Jula said as difficult as it is at times to fight these crimes, it is their number one priority to protect mostly women and children against such abuse. 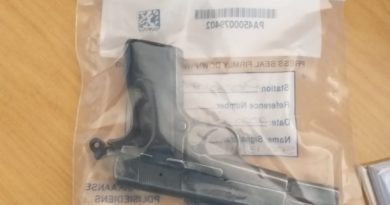 A Man in Court on Attempted Murder of Police Officers