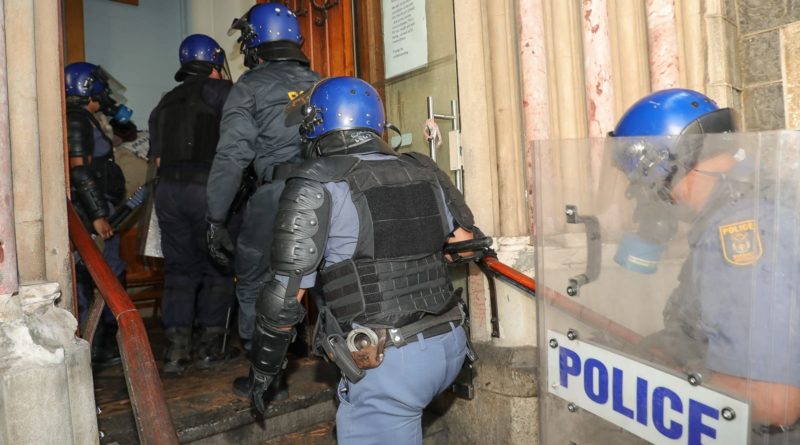 Refugees who have have been camping in a Methodist Church in Cape Town have cried foul about the manner in which they were treated by the law enforcement when they removing them on Thursday.

While on the other hand Police say that the operation of the removal and transportation of these 500 refugees from the church was smooth and orderly, these refugees argue that it wasn’t the case.

They say that there is a lack of food and sanitation at the new venue at Paint City in Bellville where they were placed and some have claimed that this venue is way much worse than the church.

“There is no such thing as social distancing and basic hygiene as they say we should” said one of the refugees.

They also claim that this was also a ploy to finally remove them from the church after failing since last year.

However, Police say this is not the case and this was just them following lockdown regulations.

They say all refugees were carried with care and respect.

“At midday, the SAPS forces entered the church, smoothly removed the occupants and loaded them on to buses destined for the identified site in Bellville.”

“A number of buses carrying the refugees and asylum seekers arrived at the Paint City location after 17:00 escorted by SAPS members and moved into a marquee erected by the department of Public Works.”

They were also accompanied by the department of Social Development officials and NGOs to look over the process and also lend a hand. 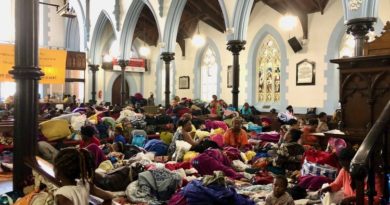 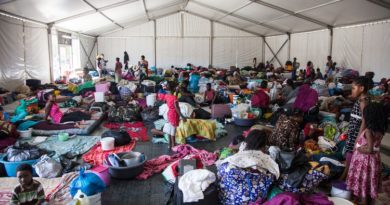 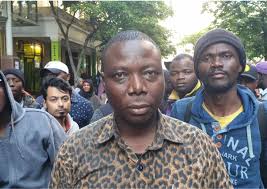