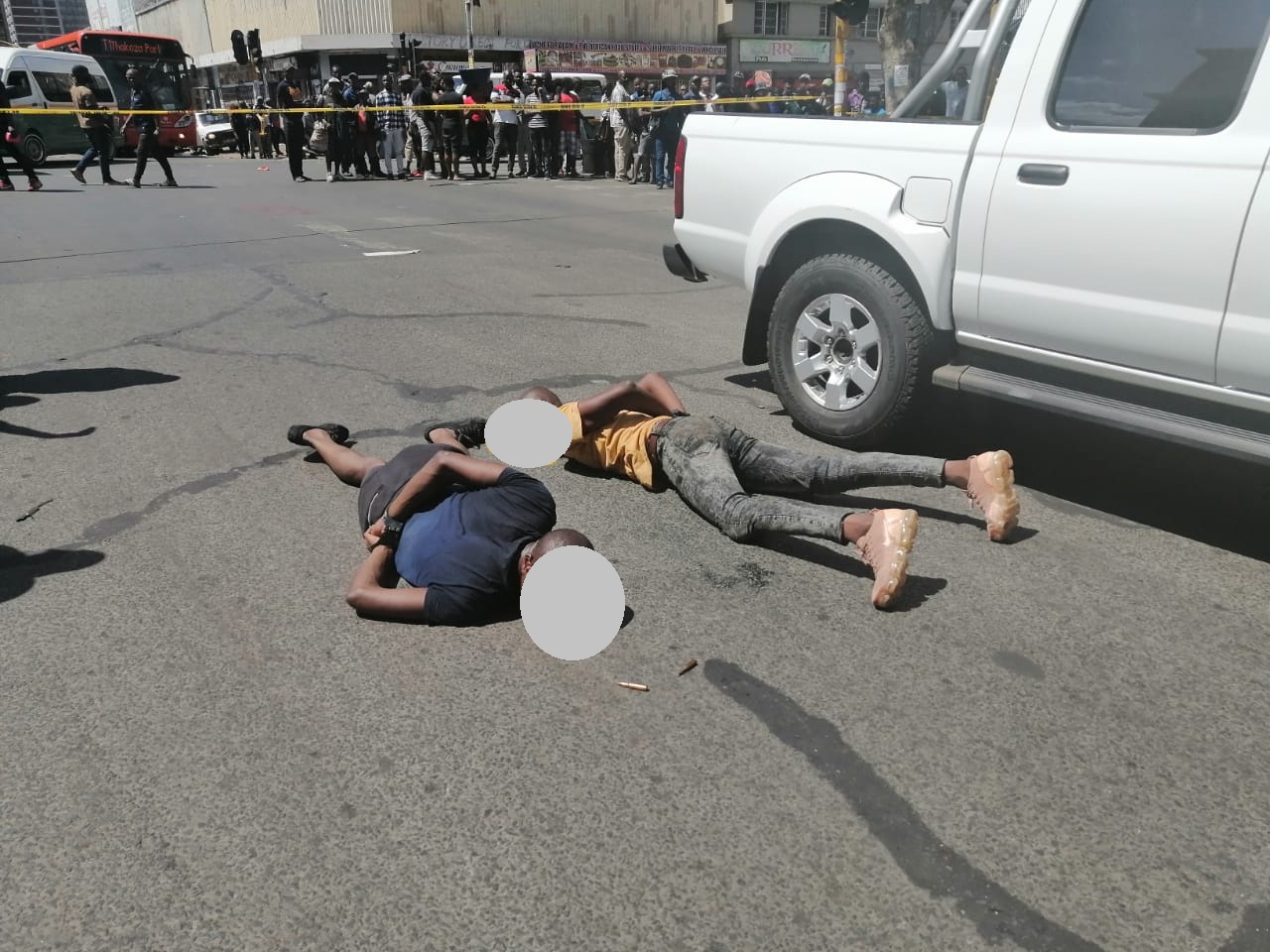 Police arrest two suspects aged 25 and 26 for armed robbery and possession of ammunition at corner Kerk and Mooi Street on 03 February 2020.

This happened at around 15:00pm during the time where police were doing regular routine, patrolling around the area.

Suspects pointed a firearm at the victim while the other searched him taking his cell phone, wallet and laptop and fled the scene. Police immediately gave chase and apprehended two suspects.

Belongings of the victim were recovered.

They also recovered two live ammunition from one of the suspects. One is still at large with a firearm.