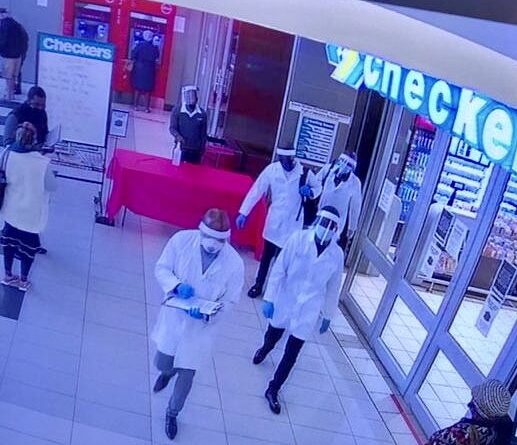 Police are investigating an armed robbery case where a gang of armed men dressed as healthcare workers, made off with an undisclosed amount of money at the Checkers supermarket at the Scottsville Mall on Wednesday morning.

Reports say that these men made a swift entrance at the supermarket with no suspicion of any unusual act disguised as health officials.

In a picture that have been circulating on social media it showed these the gang wearing masks, face shields, gloves and white lab jackets.

They are said to have entered the mall via the Alan Paton Avenue entrance.

No shots were fired and no injuries were reported.

All this happened while Sassa beneficiaries were waiting outside to receive their money grants money.

They were advised to go to other supermarkets to withdraw their money.