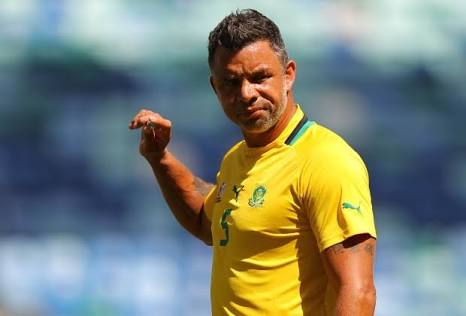 Several social media users didn’t take light of his utterances with saying they have always known that Fish is low key racist.

“If you stand for nothing, you will fall for everything… All lives matter,” said Mark Fish on his twitter account.

Later on after receiving a backlash, Fish did what most do, issue a statement of apology.

“Sorry to offend many people… I certainly am not a racist but I am a firm believer in all people matter, so all lives matter… no matter our past… focus on today and the future… if you don’t stand for something you will always fall for everything… have a fantastic evening!!”

But many didn’t fall that with some saying why say something knowing very well how it will turnout.

Fish also received backing from other people who agree with his statement as much as some reprimanded him for his comments.