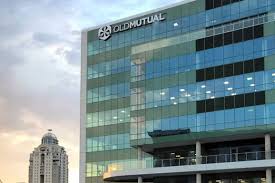 Giant insurance company Old Mutual trending again on social media for the wrong reasons.
This is after a video was uploaded on twitter showing a family of two women who appeared to be fed up with the company. The family brought the corpse of their beloved family member to the offices of the company in KwaZulu Natal claiming that they were given run-arounds by the company when they were trying to claim their money for the deceased.
This brought outrage on social media where several users slammed the company for delaying when it is their time pay but don’t delay to deduct money from their client.
The company then responded on social media saying the matter have been resolved.
“We take note of this incident and would like to assure our customers that claims are assessed on a individual basis and the incident at this branch whilst isolated is regrettable”
They also added that the case at hand had to go through further assessments before they could pay out despite saying that they pay claims within 8 hours after claim if all necessary documents are supplied.