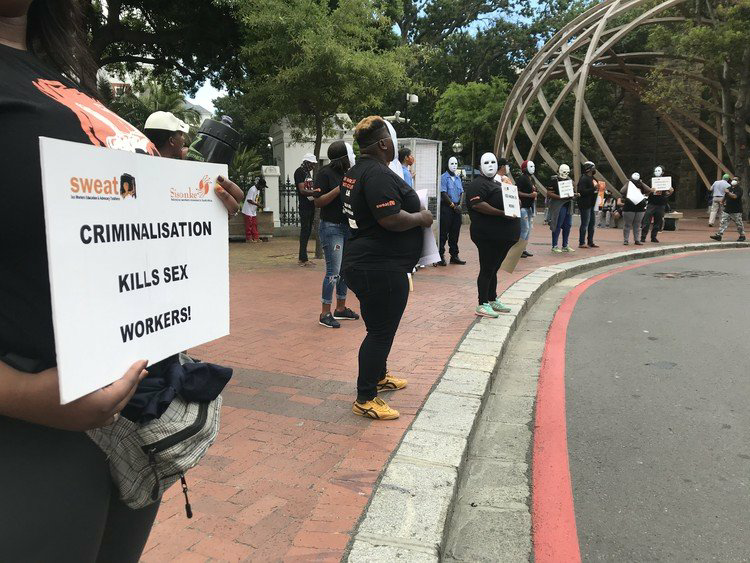 The Sex Workers Education and Advocacy Taskforce (SWEAT) and members of Asijiki Coalition picketed outside the Iziko Museum Slave Lodge and the Company Gardens on Wednesday.

About two dozen people called for an urgent meeting with South African Human Rights Commissioner, Chris Nissen. This follows a complaint and follow-up communication submitted to the Commission which has gone unanswered.

Duduzile Dlamini, SWEAT advocacy manager, said the complaint to the SAHRC was about the IPID investigation into sex worker and activist Robyn Montsumi’s death in April 2020. Montsumi was arrested on a drug charge and held at the Mowbray police station. A few days later she died in police custody. IPID investigated what was apparently a suicide by hanging.

The organisation lodged a complaint about the police findings of Montsumi’s case in August and they are yet to receive a response from either IPID or the SAHRC.

“We want to know what investigation they [SAHRC] have done,” said Constance Mathe, Asijiki’s co-ordinator.

According to Mathe, IPID’s investigation was finalised in October and found that Montsumi died by suicide. Mathe said this was difficult to believe and must be further investigated.

Dlamini handed over a letter to Matthew du Plessis, a senior legal officer at the SAHRC. Du Plessis promised to arrange a meeting. “We need answers, sex workers are dying,” said Dlamini.

Dlamini said the protest was supposed to be a march from Parliament to the South African Human Rights Commission in Wale Street. They only received a response from law enforcement officials a day before the protest, instructing the group to picket rather than march, she said.

GroundUp has attempted, without success, to get comment from the SAHRC.

It is believed that SWEAT met with staff at the SAHRC on Thursday, but calls and emails to confirm this went unanswered by the time of publication. 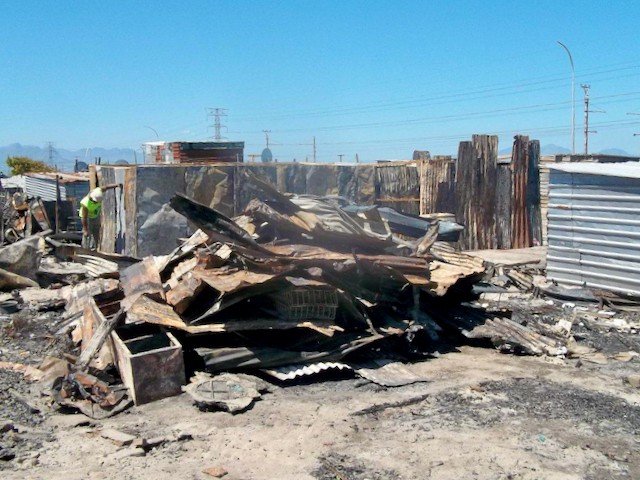 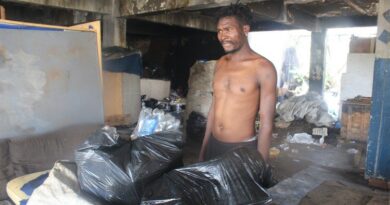