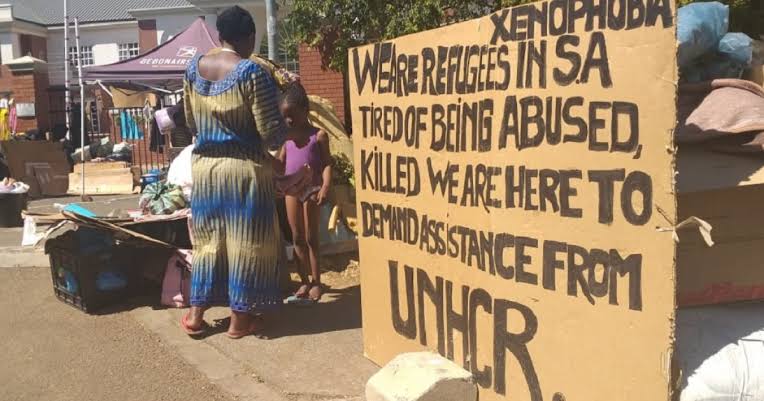 The South African Human Rights Commission (SAHRC) says it will meet with officials from the government and various other stakeholders to come up with a way forward regarding the integration of refugees and asylum seekers into South African society.

Over a hundred of refugees and asylum seekers both young and old have been camping out side the United Nations (UN) offices in Cape Town and Tshwane since recent violent outrage by South Africans who were allegedly attacking foreign nationals accused of selling drugs.

The violence got out of hand to a point where various shops where destroyed. Many foreign nationals moved out their homes saying they fear being killed.

Those who were in Cape Town were housed in a Methodist Church up until they were told by the church to vacate the premises. A fight broke during the address because they were not happy with the address and the church’s Bishop was assaulted.

Refugees asked the SAHRC and UN to move them to another country because they are fed up with South Africa. UN said their request is not possible they only have two options to either go back to countries of their origin or integrate back to the communities they are from in South Africa.

“The commission has taken the initiative of calling today an informal meeting between the role players to see what we can do to assist the asylum seekers and refugees. What we want to do is talk about integration and find how best we can speak to the communities where people come from but also the other communities to assist in facilitating reintegration into society. We cannot have camps today, we will be talking to local government, home affairs and the police because it cannot continue the way it is, it’s a humanitarian crisis” said human rights commissioner.

The camping of the refugees outside UN offices in Tshwane was not without a fight the residents in Brooklyn who took them to court to have them moved from out side offices near their properties.

Court granted the judgement in favour of the homeowners and police were called to move the refugees, some are now said to be housed at a police station while they are still trying to look for a way forward. 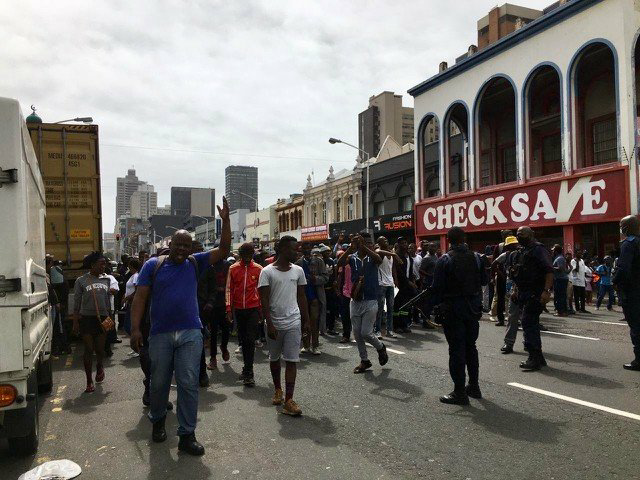 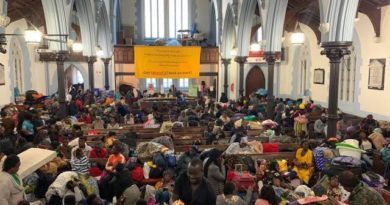