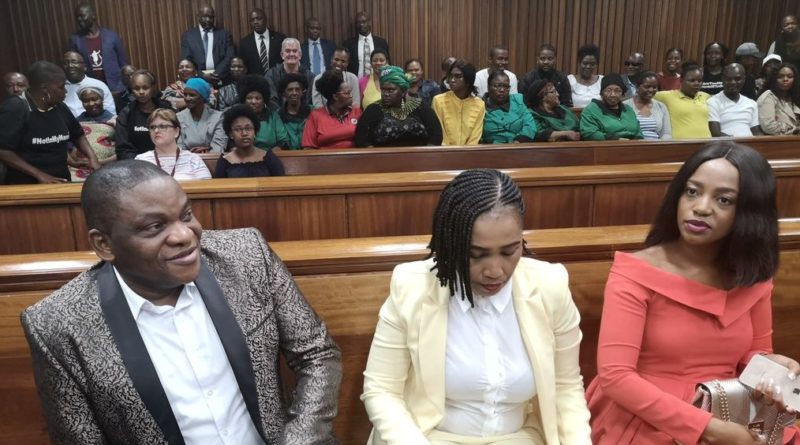 Gruesome testimonies in the case of Timothy Omotoso and his co-accused repeats itself as the three accused finally get their day in court.

This follows repeated delays by Omotoso through his legal representatives at first arguing the court’s jurisdiction on his charges and secondly asking for the judge to recuse himself alleging that he is biased.

The judge eventually recused himself on case.

Today was the first day where the case had to restart and the State has called its first witness in the trial of a pastor and two women accused of a litany of crimes.

The case resumed on Monday, today, with a new judge Irma Schoeman who also dismissed the application made by media to broadcast the case live. The judge cited sensitivity of the case as a reason.

Dike who is now 30 years joined the church at an age of 23. She detailed gruesome experiences where in some instances the Nigerian pastor rubbed his penis on her vagina before and after sexually abusing her.

She also added she was told on several occasions by the two co-accused Lusanda Sulani and Zukiswa Sithoto call Omotoso “The man of God, Papa or daddy”.

The 23 years old University of Johannesburg student Cheryl Zondi was the first to testify against Omotoso last year before the judge re used himself.

She is expected to come and testify again from the beginning.

The case continues. The three accused are facing 90 charges including human trafficking, they pleaded not guilty on all charges.