A successful investigations by the Hawks has managed to put an end to fraudulent acts of a one 63 years old Priscilla Zingiwe Molosiwa who have been defrauding unsuspecting homebuyers in Montshiwa in the North West of their hard-earned money.

Molosiwa had been committing these fraudulent activities for three years before the Hawks could arrest her.

It is alleged that in September 2011, the accused purported to be a real estate agent and represented a homeowner who wanted to sell her house in Montshiwa. The accused subsequently found a buyer who made a transfer of R200 000 into her bank account as she had allegedly represented herself as the facilitator to transfer the property. She however appropriated the money for her own benefit and failed to facilitate the transfer.

This is according to police Spokesperson in the area Captain Tlangelani Rikhotso who said the convict used the same modus operandi in 2013 and 2014 where she swindled victims of R 294 000 and R 350 000 respectively.

The investigation by the Hawks’ Special Commercial Crimes Unit discovered that the accused was not registered with the Estate Agents Board. She was summoned to appear before the Mmabatho Regional Court on 26 February 2019 where she was released on R2000 bail. 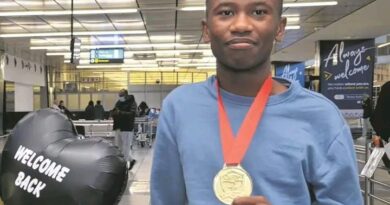