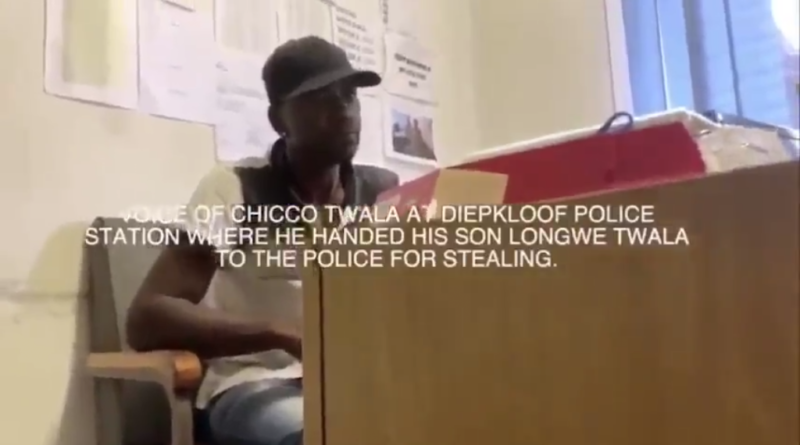 Veteran musician Ntate Chicco Twala handed his son over to the police for allegedly stealing.

In the video below he also accuses his son of tarnishing his hard worked image for being involved in criminal elements.

He also tells police to shoot him if he tries to run away.