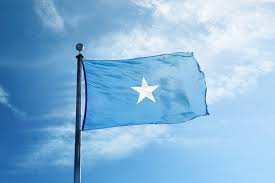 Somalian Parliament is receiving a backlash across the boarder as the country seeks to pass a bill that would make it legal for child marriages. The bill would allow young girls to get married as soon their sexual organs mature.

The girl would then be forced into a marriage for as long as her family gives consent to the transaction.

The United Nations special representative on sexual violence in conflict, Pramila Patten called for the bill to be withdrawn as it would make a huge setback on the fight against sexual violence in the country and the world at large.