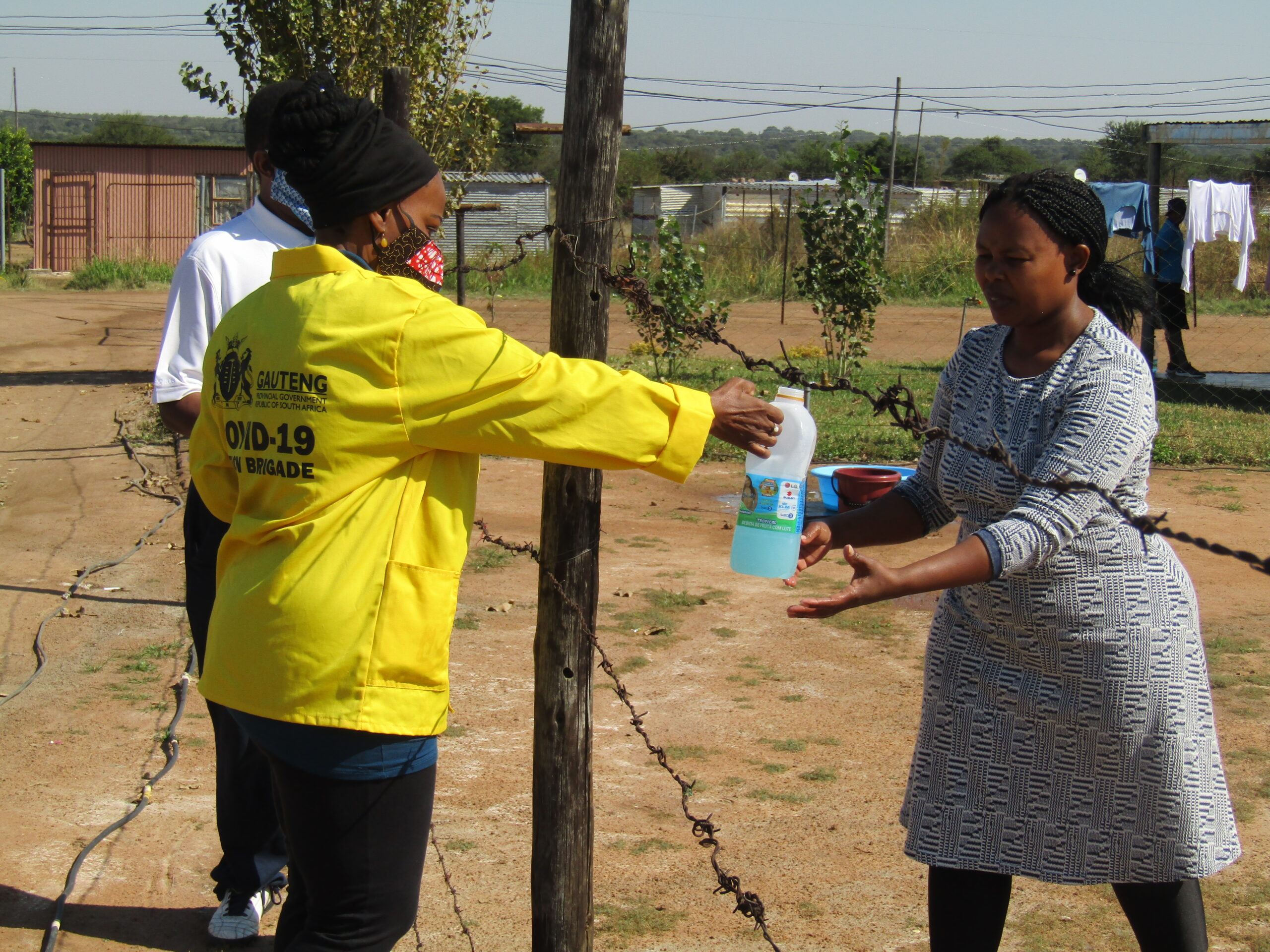 With basic hygiene and social distancing still the order of the day in the fight to curb the spread of the pandemic, Covid-19, government is still hard at work meeting people half way by providing sanitizers to the poor and the needy in informal settlements and rural areas in some parts of the country.

Gauteng MEC for Economic Development, Agriculture and Environment Morakane Mosupyoe visited two of the informal settlements Marikana near Hammanskraal and Soshanguve Ext 9 in Tshwane Region on Tuesday to further educate and remind people about some of the basics of how to take care of themselves during this time.

Followed by volunteers in the community, MEC went house to house to hand out 500ml sanitizers each household.

Not denying certain hiccups in violation of the social distancing rules by some community members, MEC said it is important to keep on reminding people as hard as it might be for some of them considering their tough living conditions.

MEC was accompanied by HOD Matilda Gasela who lashed out at people who were spotted not wearing masks during a briefing in the morning and some who were not observing social distancing.

“People, we need to do away with this dependency mentality we know times are hard but can you at least use a scarf or anything you find to cover yourself if you can’t afford to buy a mask” she said.

MEC Mosupyoe said Tshwane was the fifth region to be visited since the commence of lockdown, they already visited other areas in Johannesburg region, Westrand, Ekhurhuleni and Sedibeng.

“We are not just giving people sanitizers we are also taking their details so to confirm if most importantly kids are registered to receive SASSA grants or any government assistance”.

Also Read  Gauteng MEC Mosupye: “GBV can’t be solved by one gender it should be a collective”

She also added that so far she was satisfied with the response she received from the community.

Nkele Kekana from Soshanguve said she was surprised to have gotten a visit from the MEC with the sanitizers and was happy to see that the government is meeting them half way.

She pleaded with Health MEC Dr Bandile Masuku to also follow with testing and screenings. 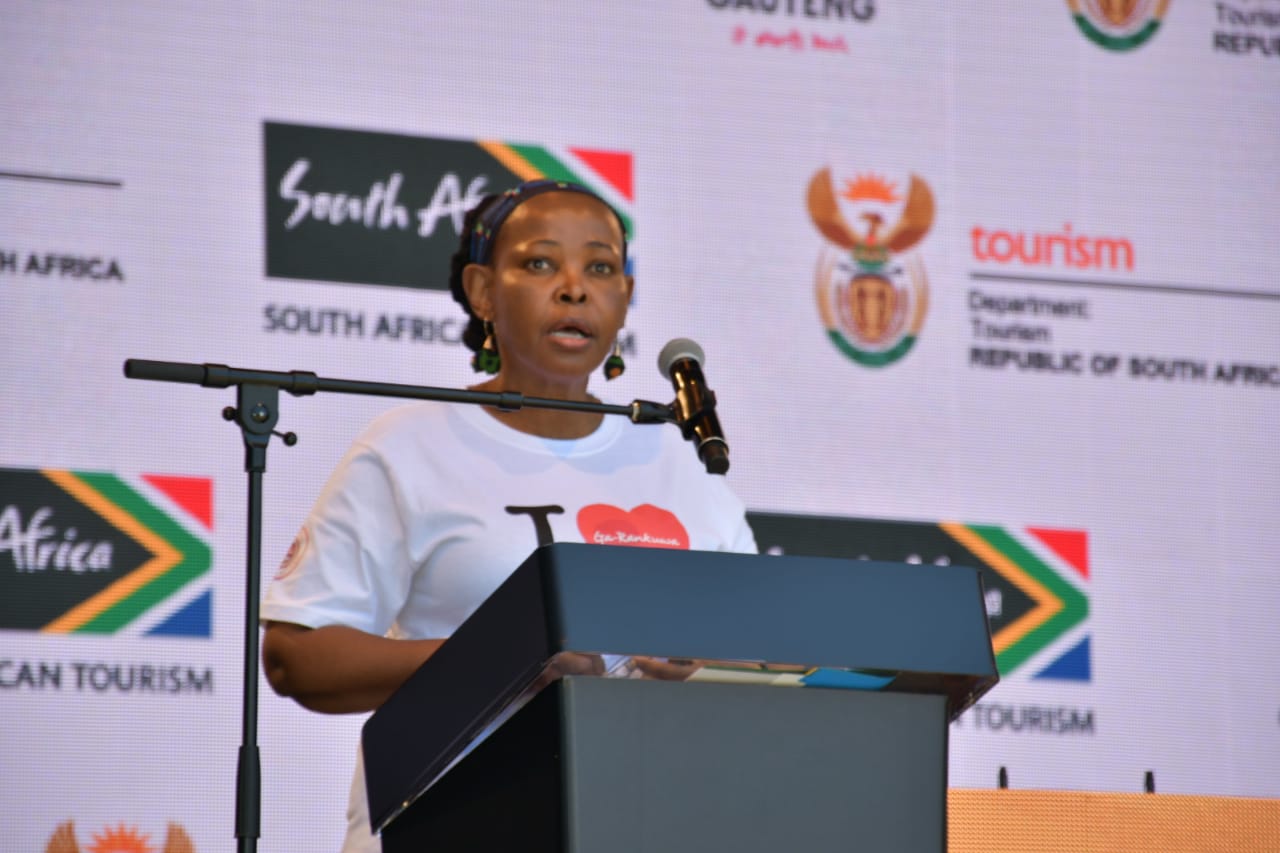 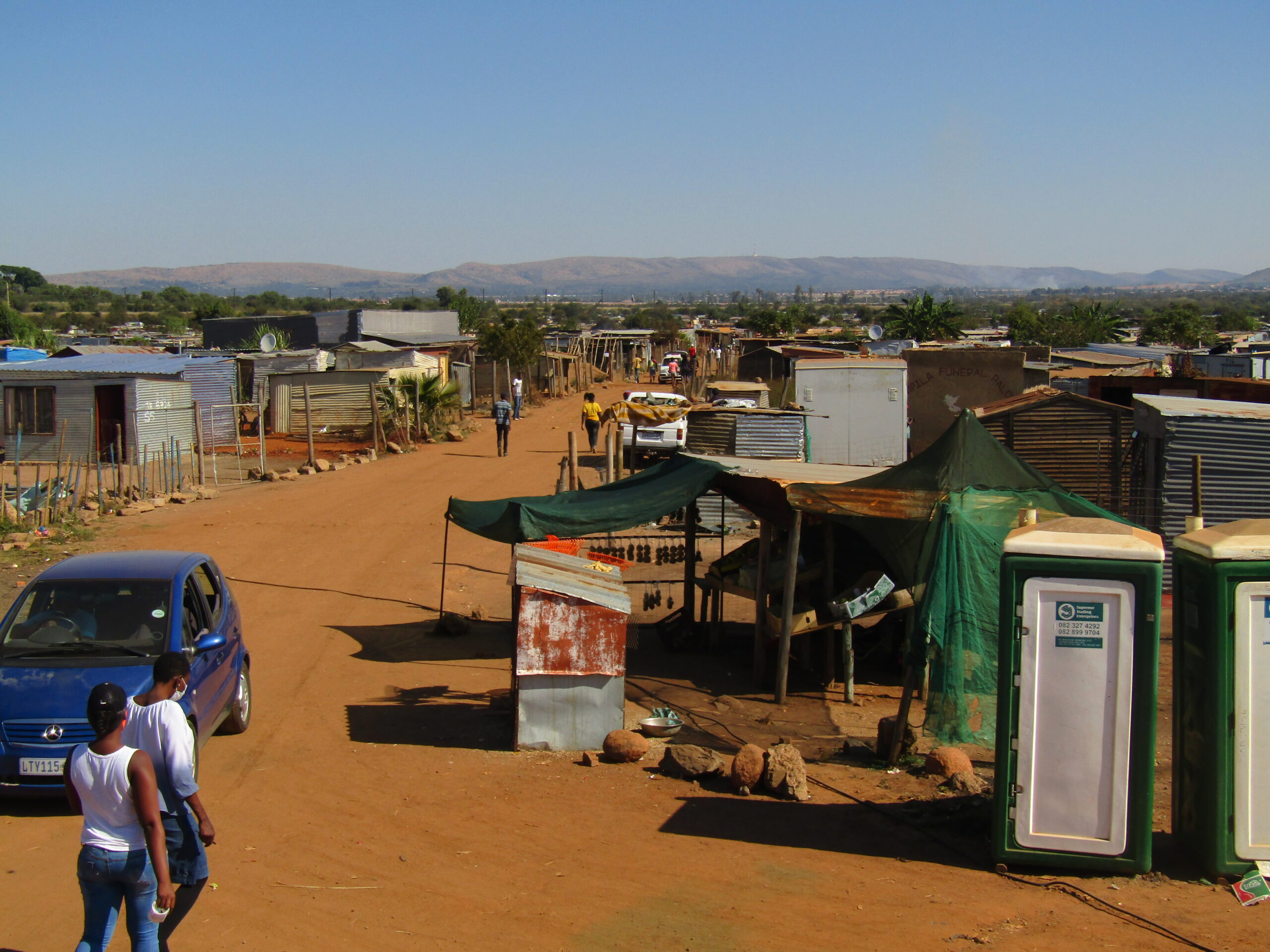 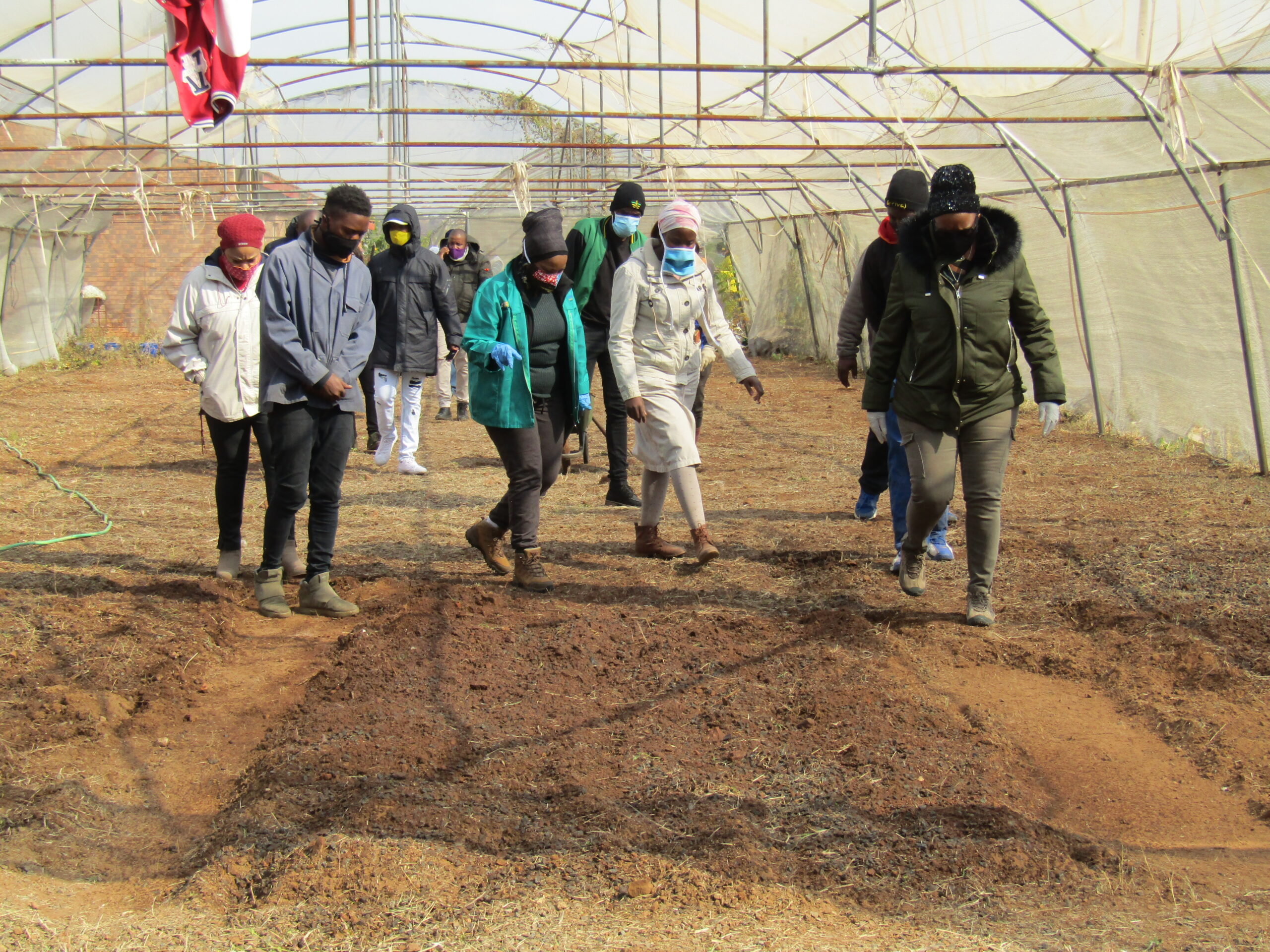