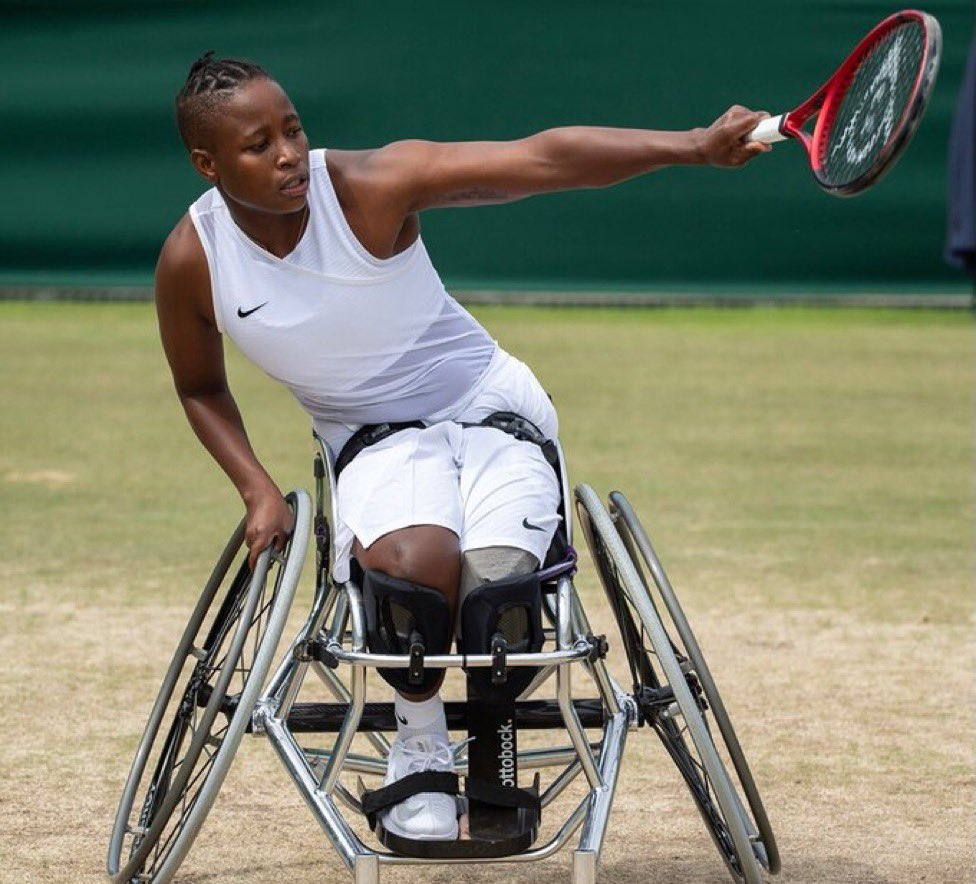 Limpopo Kgotshatso Montjane has made history by becoming the first black South African woman to compete at the Wimbledon.

Montjane, who holds 29 tittles under her name proved her worthiness after beating Japan’s Momoko Ohtani 7-6(3), 4-6, 6-4 to reach her first Wimbledon final, at the All England Lawn Tennis Club, in London, on Friday.

Having reached her first Grand Slam Final with the win, she is now to face Dutch world number one Diede de Groot in the final over the weekend.

Global tournaments record
In 2013 and 2014, she participated in 3 of the 4 Grand Slam tournaments, Australian Open, Roland Garros and US Open, where she was able to reach the quarter and semifinals in the singles and the semifinals in all of the doubles tournaments.