It is a court appearance today at Rustenburg and Kuruman Magistrate of five suspects who were arrest Sunday on charges of alleged human trafficking.

“Seven victims, a Zambian, Zimbabwean, three from Lesotho and two South Africans were rescued in Rusternburg as opposed to the earlier report. None of the girls are from Namibia as initially alleged by some of the victims.”

He added that a house in Kuruman was closed down in a similar operation.

“The arrests of the five suspects aged between 28 and 46 is part of a yearlong proactive investigation into human trafficking for sexual exploitation in the two towns.”

Mulaudzi says the said victims aged between 20 and 39 girls were working as prostitutes on the premises after they were allegedly lured by the suspects with a promise of employment.

An undisclosed amount of money was seized in both guesthouses. Receipt books and three vehicles that were used in the commission of crime were confiscated. 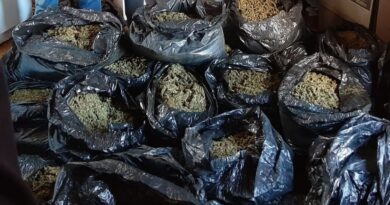