16 years old suspect involved in a robbery and murder with his accomplice 26 years old Pogisho Mqahiwa is said to be linked to another common robbery committed in Makwassie on Sunday, 15 March 2020.

The two suspects made an appearance at Makwassie Magistrates Court on 18 March and had their case postponed for further investigations.

It is alleged that Mnqahiwa together with this 16-year-old minor entered the tuck shop and demanded cigarettes and stabbed the tuck shop owner on the neck, then robbed him of his cellular phone and cash before fleeing the scene on foot.

The tuck shop owner was later certified dead on the scene.

Both suspects were arrested within 3 hours of committing the crime by South African Police Service (SAPS) members.

They both still in police custody. 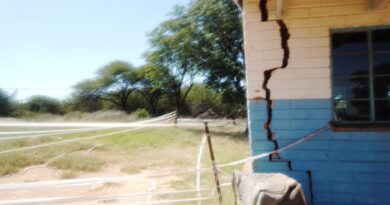 Man disarms a colleague and shoots his girlfriend